or worm farming as it is known by others is actually something that nearly anybody can successfully do! Boys and girls as young as 5 years old have started their worm farms recycled kitchen waste with the help of their worm herd and contributed in that way to a better environment but we believe that worm composting is especially well suited for retired people.

After the initial bliss of having no pressure to get up early in the mornings to get ready for work many men and women that recently retired after a life long of work might find themselves bored. Sooner than later they will be looking for a hobby or an enjoyable project that will keep them going, stimulate them and can even bring in some extra cash. 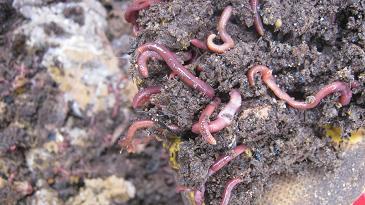 What initially might sound crazy is actually a surprising fact for many. Worms are considered by many happy worm farmers the perfect pets. They are quiet, don't need to be fed twice a day, the food is freely available, they don't need to be taken for walks, have no need for a veterinarian, can be left alone and undisturbed for weeks, recycle kitchen- and animal waste including dog poop, convert their food into excellent organic

plant food and soil conditioner, can be used as bait for fishing and as mentioned before can even generate some extra income.

Although there is some work involved in feeding and maintaining compost worms, it is not a lot and can easily be managed by the elderly.

Many men and women that move into their golden years these days have unfortunately not enough pension or savings to let them live comfortably. So a bit of extra money coming in will help to cover the living expenses.

Worm composting can help retired people to create an income from home. It can be started on as little as a few square meters / feet and the set up costs can be kept extremely low.

There are many ways to generate an income with worms.

Some of the markets that a worm farmer can tap in include:

The list goes on but it shows some of the more common markets that can be supplied by a worm farmer.

I believe that worm composting is an excellent project for

retired people and apart form the possibility of generating some additional income and the fact that it is environmentally friendly can bring joy and peace to the life of retired people especially if they are keen gardeners as well.

How to turn castings into worm tea

How to harvest worm castings from a 3 tier worm bin

Return from "Worm composting for retired people" to the "Home Page"