Earthworms are Invertebrates (boneless) tube like animals that can be found nearly all over the world.

There are more than 3000 species of worms on our planet.

.Their bodies consist of up to 160 segments. The segments carry several pairs of bristles that are used for movement and to resist predator’s attempts to pull them out of their burrows.

These bristles can work so effectively that worm bodies can snap into 2 pieces when predators attempt to pull them out of the earth.

The worms vary greatly in sizes.

Earthworms are good for the soil

The Guinness book of records claimed that the largest worm ever recorded measured 6.7 meters / 22 feet when naturally extended and had a diameter of 2 cm / 0.8 inches and was apparently found in South Africa.

The smallest worms on the other hand can only be seen under a microscope.

The worms are very important for healthy and fertile ground. They dig continuously through

the different layers of soil, swallow large amounts of dirt and decaying matter.

Their tunnels aerate the soil, allow roots of plants to grow to deeper mineral richer parts of soil and make it easier for water to penetrate the ground and feed the plants.

As they digest their food they enrich it with minerals and nutrients.

Their poop is called worm castings and is infinitely richer in nitrogen, phosphor, potassium, calcium and magnesium than the richest of top soil. 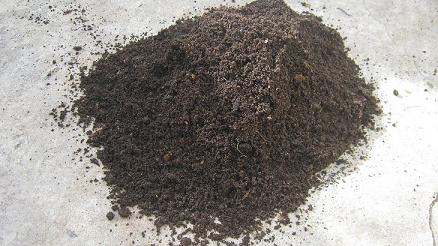 Follow this link to find out more about worm castings!

Although there are so many different kinds of worms active around the world there are actually only a handful of different species that can be used successfully to work as domesticated compost worms.

Eudrilius Eugeniae, Perionyx Excavatus, Eisenia Hortensis known as European Night crawlers and Eisenia Fetida know as Red worms or Red wigglers are the ones that are used and marketed by most Worm composting businesses.

Despite the fact that all these worm species are able to recycle large volumes of organic waste, it is the latter

ones ie. “The European Night crawlers and the Red wigglers” that clearly dominate the world of worm composting!

Studies in the USA have shown that in some parts of the country worms can produce up to 875 kg of worm castings a day on an area of 10000 m2.

Type your question or keywords (for example “ compost worm”) into the search box below.

What are compost worms?

For Questions and suggestions contact us through the form below!

Can different types of worms live in the same worm bin

Hello, will different types of worms fight or do they co-habitat. I have a 1meter x 1-meter worm bin for household vegetables and obtained a drum of two-year-old …

Night crawler worms on multiplying in my worm farm

I started a worm farm about 9 months ago with left over night crawlers from fishing. I feed them regularly with kitchen scraps but they are not multiplying. …

I'm trying to do a stack up worm bin on a small scale as a proof of concept first before I do it on a larger scale. So in each box of 50CM X 30CM X …

Where can I purchase worms in Iran Not rated yet
Hello! I'm from Turkmenistan and want to do produce vermicompost. I need worms to get my business started. My friend is now in Iran in Tehran. …