Starting and maintaining a worm farm

Starting a worm farm to convert organic waste into nutrient rich plant food and soil conditioner is easy! This page will give you step by step instructions how to set up and maintain a 3 tier worm bin

1.Find a place out of direct sunlight for your Worm bin to prevent overheating.

2. Place a layer of approximately 10 cm / 4 inches of moist bedding in the bottom of your Middle Bin

As bedding you could use Shredded News Paper or Cardboard.

The bedding should be soaked in water for at least one hour and then drained before you add it to the worm farm. 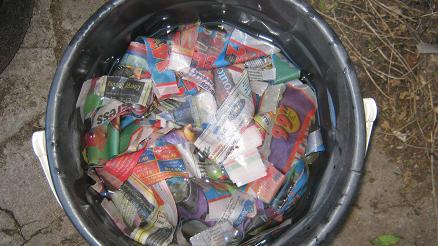 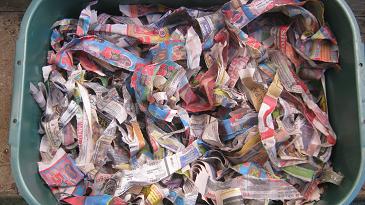 Add worms to the worm farm

3. Place the worms with some soil or compost on top of the Shredded paper.

Your worms will burrow down into the bedding 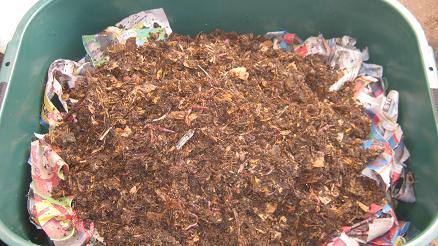 Worms and compost added on top of the soaked newspaper strips.

Place the worm food on top of the bedding and cover it up with a whole soaked Newspaper and a plastic sheet, this will act as an barrier against pests and keep the moisture levels more stable inside the worm bin

A plate of kitchen scraps that will make good worm food.

5. The Contents of the worm bin should always be moist

If the bedding seems to become dry, pour some water (a few liters / half a gallon) over the food and bedding but if possible avoid fresh tap water that contains chlorine!

Let water with chlorine stand in an open bucket for 24 hours. This will help to reduce the chlorine level in the water.

The bedding should ideally be as moist as a squeezed out sponge.

A little more or less will still be fine.

6. In regular intervals remove the plastic sheet and newspaper and add fresh food onto the surface of the Middle bin.

Compost worms are top feeders and will always

Once the middle bin is full start adding food to the bin on top of it,

over a period of time most of the

worms will migrate upwards into the top bin

7. Regularly add some water to your worm bin to adjust the moisture level.

The bedding and remaining food in the bin will soak up the moisture level it can hold. 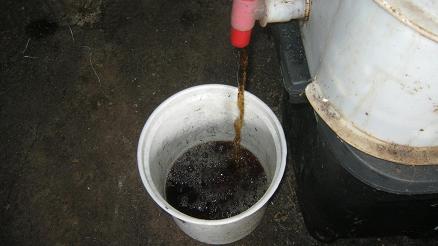 Some liquidized worm castings are flowing into a bucket.

8. When the top bin is about half full with worm castings and food most of the compost worms should now be in the top bin.

The 4 things you will need to start a worm farm