Feeding egg shells to worm bins is very beneficial for worms, worm bedding and the resulting worm castings that will be

produced . Eggs are very popular and though after in many

households all around the globe. I love to cook and eggs are used in many of our dishes we enjoy. As a result we used to end up with large amounts of shells which in the olden days went straight into the trash bin to be discarded on a landfill. This all changed since I began to recycle organic materials in my worm bins. Initially I just collected lettuce leaves, breadcrumbs and some left overs from the kitchen to add to the worm bins but over the years I added more and more organic materials to the worm composting projects. Some years ago we started to recycle virtually every organic material that entered or was produced on our premises with the help of our compost worms. And contrary to many reports you might have read or heard 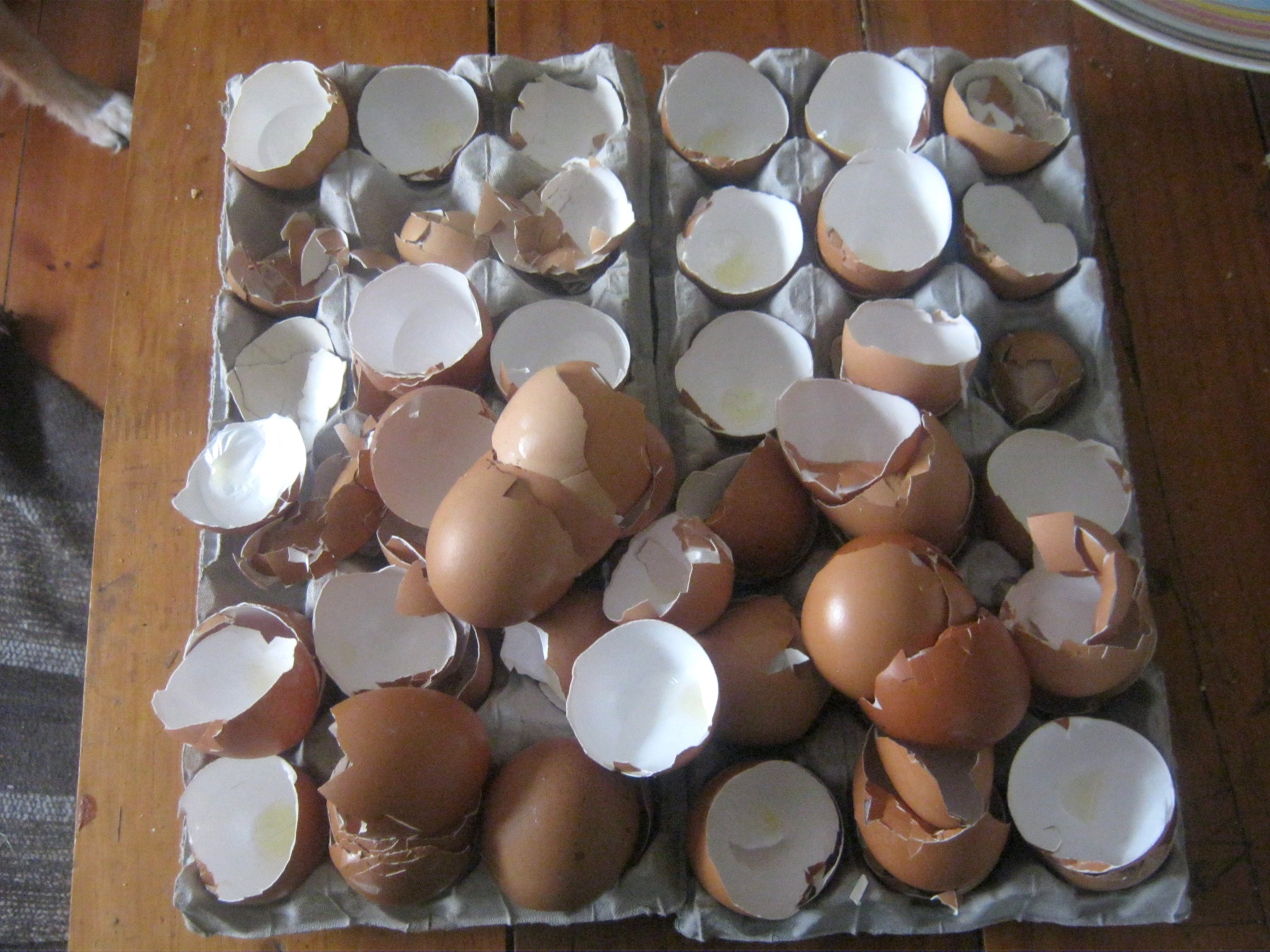 Cracked eggs on egg cartons to be processed to worm food

worms can consume nearly all natural materials as long as they are added to the bins in moderate amounts. This includes citrus peels as well. One problem that 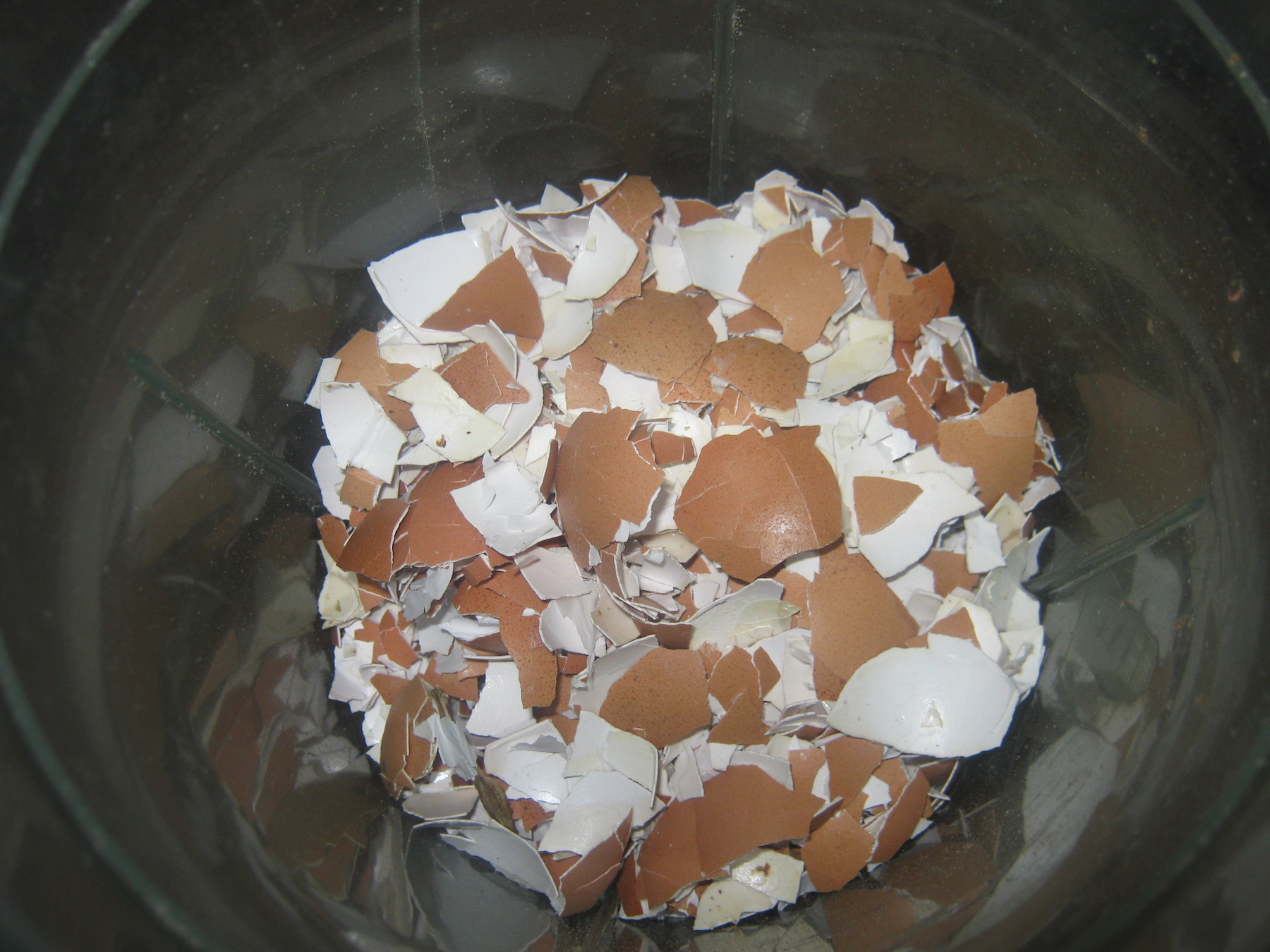 Broken shells in a food processor

needs to be considered is the fact that worms don't have any teeth and can only consume materials that are either soft and moist or small enough to fit into their mouth. That's why it is best to grind down the shells before you add them to your worm bin. This makes it very easy for the worms to feed on them. The shells are made of calcium carbonate which helps to keep the pH levels of the

bedding neutral and counteract any slow developing acidity problems that can regularly be observed in worm farms. Worm bedding and worm food that have become to acidic are one of the main causes of collapses of worm populations in worm bins as the sour material forces the worms to either leave the bin or die. 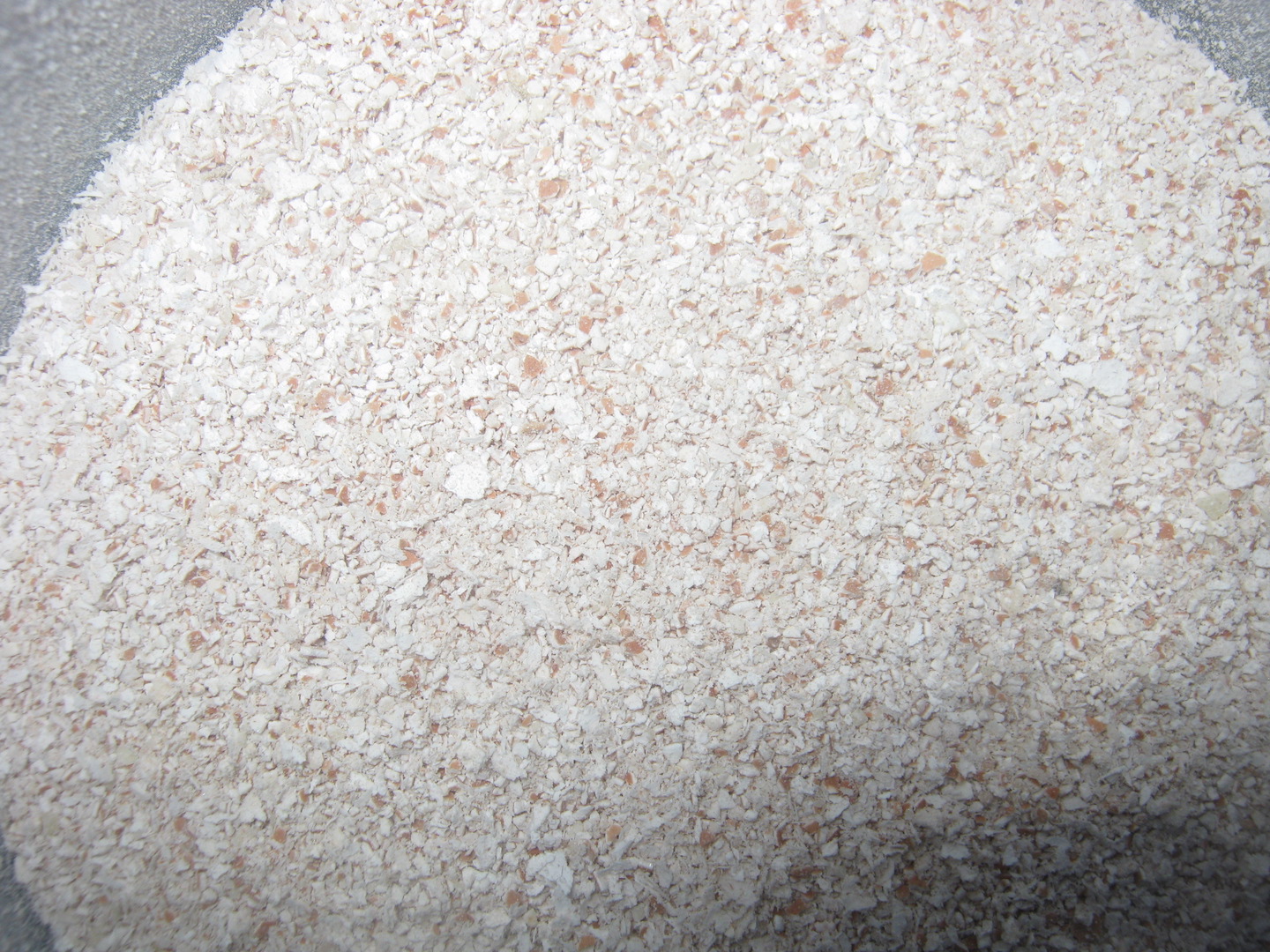 The shells of eggs ground to a fine powder

bin and help to increase the quality of the resulting worm castings. If you have a pH meter for soil or compost use it from time to time to read the pH level and if it is tending to drop below 6.5 add a little 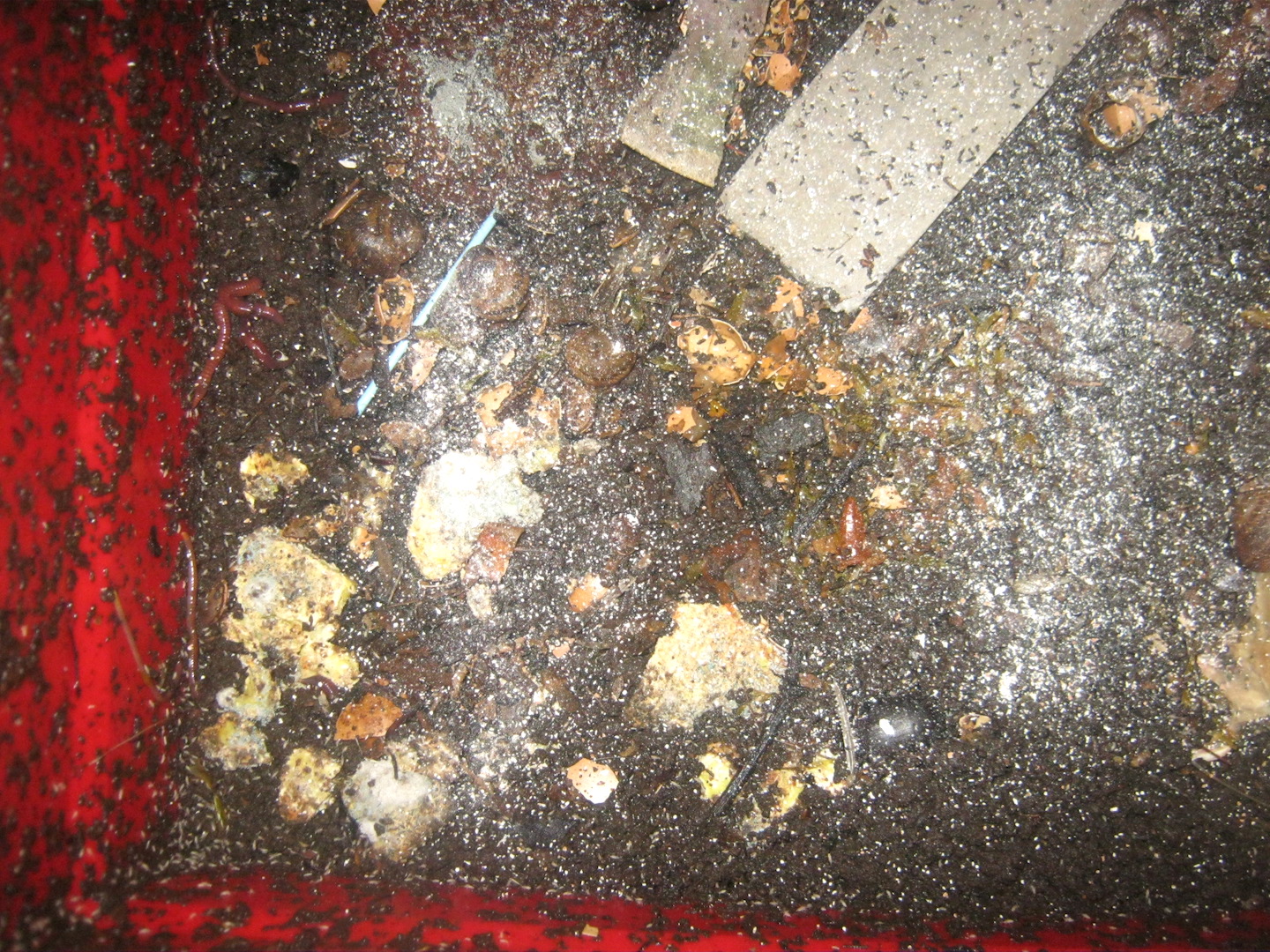 Crushed egg shells on the surface of a worm bin

ground calcium carbonate (egg shells) to the worm bin. The worms will process it in a few days and the positive effects of the shells which include as well valuable minerals will be added to the worm bedding and worm castings and keep the environment worm friendly. We hardly ever use pH meters but rather add some

ground egg shells about once a month to our worm bins and never had a problem with acid build up in our bins. Just remember to add them in moderation and they will help to keep your worm composting project on track.